Last night (10/2/14), I attended the first annual "Daschle Dialogue" at South Dakota State University. I post my tweets of the event below, with editorial comments in [square] brackets.

[Tom = Daschle (we call our Reps and Senators by their first names here in So. Dak. Keep 'em in their place!)
Lott = Trent Lott]

@ Daschle Dialogues at So. Dak. SU in Brookings 2nite. "How Much Partisanship Is Too Much?" Tom. D-SD + Trent Lott R-Miss. #Congress


Pretty packed house here at #SDSU. Will the speakers deliver? 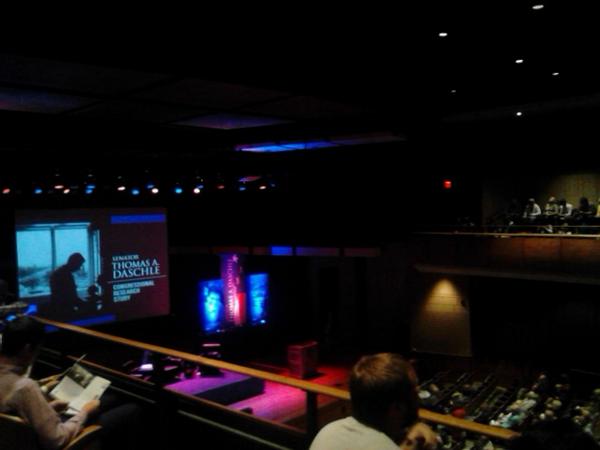 It begins. After the hoopla & jokes, Tom says he owes it all to education, esp his SDSU degree. Whatifaugie? I wonder [what Tom's career would have been like if he went to Augustana College instead of State.] 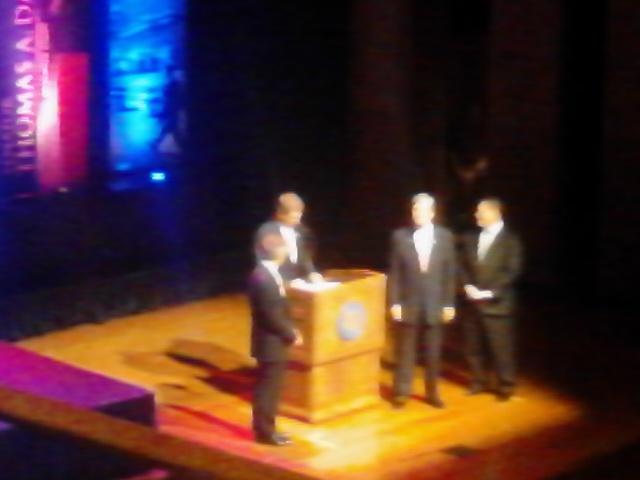 Lott is pandering so hard that he must be running for president! #Daschledialogues #SDSU [Sarcasm, of course]

Frightening how unready Congress was for the attacks and how easily these "leaders" conflated desire for revenge with real bipartisanship. 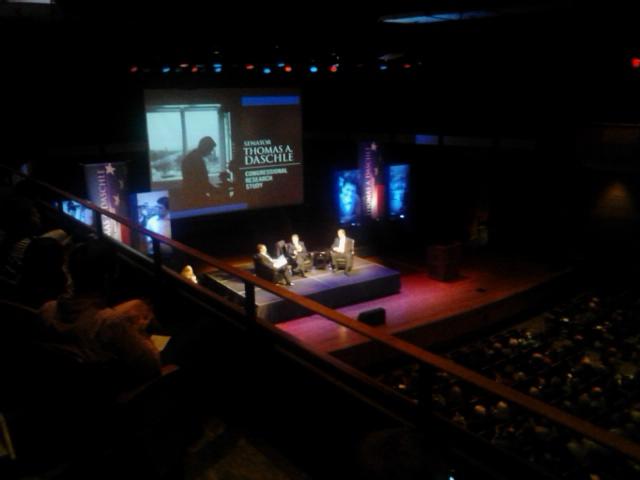 Tom says they did the best they could given the "intelligence" they had. I thought he meant from God or DNA at first! #SDSU [More sarcasm]

Tom says transparency has a high cost so Senate used to meet behind closed doors and Senators "poured their hearts out" during those mtgs.!

Tom and Lott are friends. Maybe there is hope for Reynold [Nesiba] and myself???? Naaaaaaaaaahhhhh! [Inside joke]

Hypothesis: Tom and Lott are pulling an Adams-Jefferson, i.e. rewriting history to further their own image in Clio's oft dull eyes. [Key insight of the evening.]

Tom laments Senate in session only 109 days per year. Isn't that a good thing???? Does suggest per diems would be appropriate payscale.

Lott says we need "leaders that [sic] will lead." If he means NON-partisan statespeople, amen!

Tom says major problems are the "money chase" and partisan news outlets. BUT he likes Obamacare and has no problem w/ partisan vote for it.

Lott says Clinton and Bush talked regularly to senior Congressmen but Obama apparently doesn't. Wants candidates to say what they are FOR.

Lott says he supports MODIFYING Obamacare. Guess he is not running for President after all. [Yes, more sarcasm.]

#Daschledialogues what about service to country for students? Tom in favor for $ [for college] & citizenship reasons. #SDSU

OMG! Tom says medical salaries will INCREASE with universal healthcare. Lott says his many docs are worried about $ decreases in future.

Lott says McCain Feingold created the SuperPAC campaign finance problem we have today. I did not know that McCain was on SCOTUS! [Yes, more sarcasm.]

Lott says he & Tom were both from poor, rural backgrounds and so valued courtesy: knew 2 smile at somebody before you shoot him. [That was a joke, on Lott's part.]

Lott says fed gvt should defend the shores, deliver the mail, and stay the hell out of the way. Q: does he really think we need USPS? [Honestly.]

I left about 3 minutes early to beat the rush out of the parking lot as it was late and I had a 1 hour drive ahead of me. For more coverage, see the Sioux Falls Argus Leader.

Posted by Robert E. Wright at 2:46 PM No comments: Links to this post